Congratulations to B2Gold Corp. on the completion of their first Cypher Green Roads project in Mali, West Africa. This donation also marks the first project of its kind completed outside of Canada. B2Gold, is a Canadian senior gold producer with mines in Mali, the Philippines, and Namibia and is known for its leadership in ESG and CSR. The project is a primary example of how mining suppliers and operators can combine efforts to develop CSR strategies focused on community engagement.

The story begins when the village of New Fadougou was relocated in 2019 prior to the development of B2Gold’s Fekola mine. The community was very satisfied with the infrastructure that was provided by B2Gold, which included a complete water distribution system, public lighting, and several community facilities, including a market.

However, dust was still a major issue on the roads in the village. This created the perfect opportunity to take advantage of Cypher Green Roads which allows for product donations of up to 5% of a project value, to be donated to a local community of the client partner’s choice. In this case, New Fadougou was chosen which saw 12,000 liters of DUST/BLOKR®/SB applied to their internal roads. The same product is being used by B2Gold to minimize the environmental impact of their road network.

Cypher Green Roads projects are made possible when a customer has already adopted Cypher technology into their operations. For B2Gold, it started with a demonstration road using Cypher’s DUST/BLOKR®/SB [Sugar Blend] at their Fekola mine in February 2021. The demonstration was overseen by Cypher Project Support Manager, Jayme Gladden, who traveled from Canada to provide training and support to the B2Gold team.

DUST/BLOKR®/SB was evaluated against four other dust control products and was chosen as the preferred option. From there, B2Gold purchased the product for their mine site and applied it to 15 kilometres of access roads. In doing so, they became eligible for the Cypher Green Roads program. 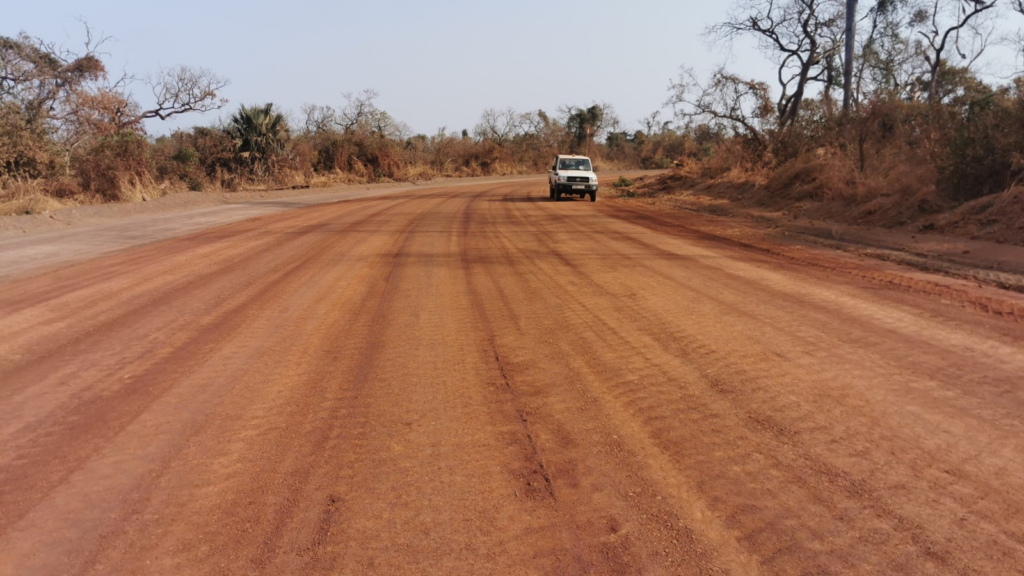 DUST/BLOKR®/SB was chosen as the preferred solution when tested against four other dust control products.

B2Gold’s Cypher Green Roads project was realized in January 2022 when DUST/BLOKR®/SB was applied on the main artillery road in the village of New Fadougou. B2Gold covered 100 percent of the cost of transportation from Canada to New Fadougou, as well as the product application which was done with standard road equipment, while the product was donated by Cypher.

Cypher Green Roads aligned perfectly with B2Gold’s commitment to responsible mining. “It is our responsibility to ensure that the benefits of mining extend beyond the life of the mine itself,” said Ken Jones, director of sustainability for B2Gold in a statement on their website. Their own corporate initiatives include the Namibia Gold Rhino Bars and the Canadian CSR Fund.

The dust was a big issue for many community members and after the Cypher Green Roads project was complete, the improvements were met with enthusiasm and appreciation. One community leader explains, “the dust bothers us a lot here, especially for our food products at the market. Since the end of the work we have a better living environment and road users are taking full advantage of it,” he says. “The advantage is first of all better health for us and for the children. Thanks to these developments, we are free to move around, which was practically impossible before. We thank them for that.” 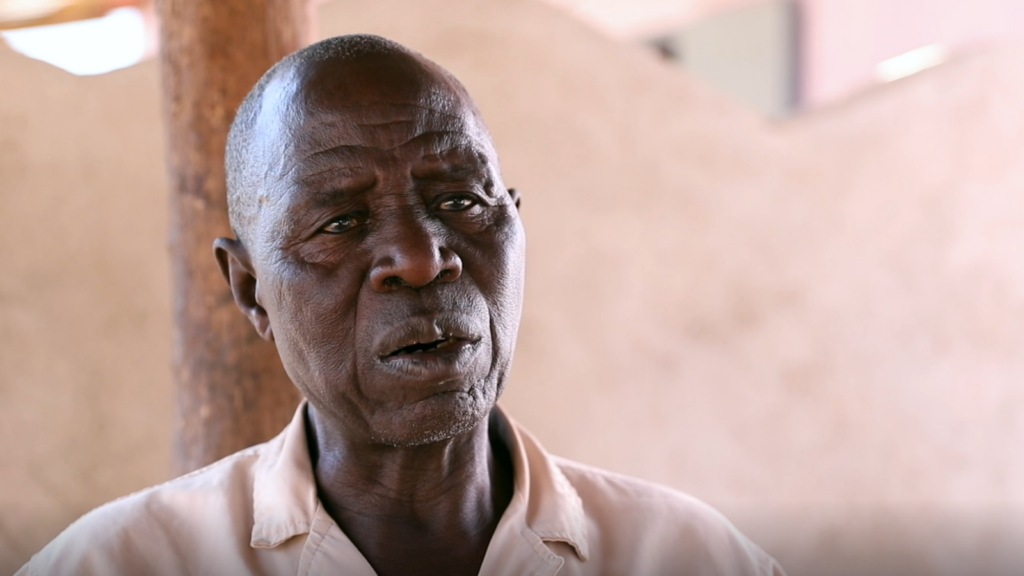 New Fadougou is thankful for the Cypher Green Roads donation made possible by B2Gold.

A local merchant from the market had similar feedback. “I sell spices at the market. Previously, there were very difficult living conditions due to dust, but now things are much better,” said Madam Touré Raki Diallo, a resident of New Fadougou. “Because of the dust, we had to change the packaging of our products all the time. Thanks to the layout of the roads, there is little dust in our environment.” 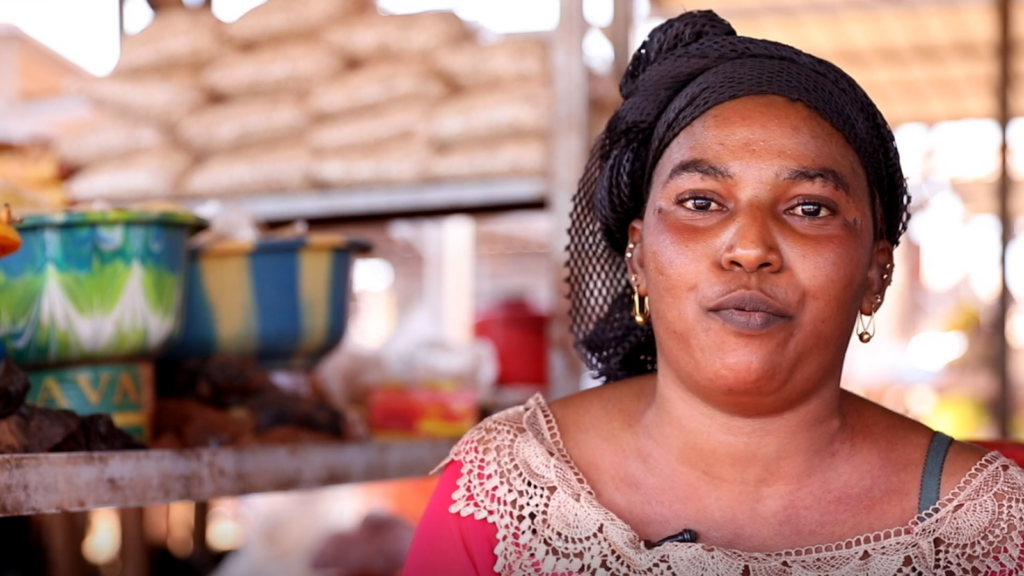 DUST/BLOKR®/SB has provided a better environment and improved health in New Fadougou.

Andrew Lindsay, Vice-President of Business Development at Cypher, says that as the program expands they are seeing more companies around the globe starting to take interest. “ESG is pretty much the number one trend in mining. Health and safety are always a given, but other priorities used to be water conservation and fuel sources. Now we see things shifting in a big way towards corporate and environmental responsibility, ” says Lindsay. “We are able to help the mining companies not only use the technology that’s green, biodegradable, and certified to EPA Safer Choice, but also help them improve the community relations where they operate.”