In 2015, Cypher Environmental took on a joint project with Brandon University to improve the engineering properties of clay soils using EarthZyme. The scope of the project also included an evaluation of three miles of roads treated with EarthZyme in the Rural Municipality of Cornwallis — just outside Brandon, Manitoba.

The idea for this project stemmed from the need for better construction techniques and stabilization of unpaved roads in Manitoba and across the country. The goal was to provide a low-cost, sustainable, and environmentally friendly solution by using affordable, clay-rich aggregates and non-toxic, organic catalysts.

EarthZyme and Dust Stop were the solution. When used together, roads are compacted to a  high-density and are bonded with strong, semi-permanent clay-aggregate mixtures. This lead to durable roads that only require light maintenance, as compared to traditional high-maintenance unpaved roads.

The success of this project was a breakthrough in techniques available to rural municipalities and private industry in rural areas that need affordable, sustainable road building solutions.

Mile two of the road evaluation was Currie’s Landing. This road is the only access to six gravel quarries — a big challenge for an unpaved rural road due to the frequent traffic and heavy loads.

The rural municipality counted 250 heavy haul trucks per day using the road. This heavy traffic required constant maintenance and up to six applications of a corrosive chloride product for dust control per year!

After the EarthZyme application, the need to suppress dust with water treatments has been completely eliminated. Since weekly grading maintenance is no longer needed, Cornwallis has more time to tend to other roads that need grading.

An added benefit to this joint project is being able to demonstrate that more practical and environmentally friendly road solutions exist, the creation of jobs and the promotion of a healthy economy and environment.

Due to the success of the initial Curries Landing application in 2015, as well as the other two miles built the same year, the RM of Cornwallis stabilized an additional two miles of Curries Landing Road in 2017. This section of road stretches between Veterans Way and the Trans Canada Highway, providing users of Curries Landing with access to both highways using a road with seamless ride quality throughout. Both the initial mile stabilized in 2015 and the additional two miles built in 2017 have exhibited the same attributes to the municipality, a dramatic reduction in maintenance requirements and costs.

Cypher Environmental and Dr. Hamid Mumin hosted a Lunch & Learn at Brandon University outlining the specific application and results of EarthZyme applied on Currie’s Landing and another mile of road in a separate location, Lori Road — each with unique needs.

Dr. Mumin, with the help of his team of geological students, gave a detailed look at the improved engineering properties of clay soils with EarthZyme and Dust Stop and the three miles of road built in the RM of Cornwallis in 2015, as well as the additional two miles of Curries Landing stabilized in 2017.

Typical targets for road densities in the province are 95% compaction and testing on these roads showed compaction as high as 110%! So far, the treated roads are stable and have required little to no maintenance over the past few years.

“This is a far superior way of building those roads. It reduces maintenance costs dramatically, it reduces input costs, almost entirely eliminates any environmental impacts. We foresee that there’s going to be tremendous, widespread use literally across the country and around the world for the technology,” Dr. Mumin said. 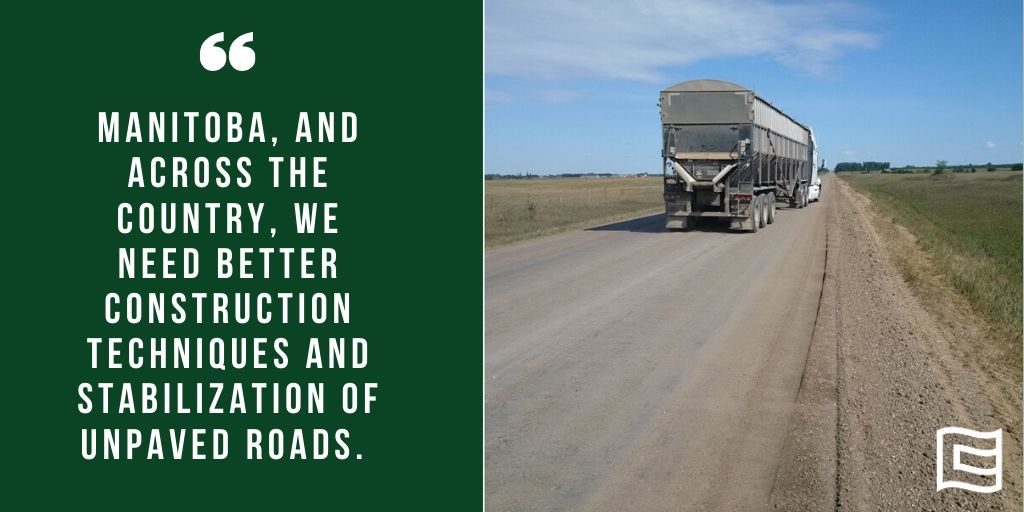 To date, the RM of Cornwallis has now built over 10 km of EarthZyme stabilized roads in the municipality since 2015.

Public Works Manager Pete van Lankvelt noted the reduction in maintenance resulted in significant cost savings and more time to work on other gravel roads — the RM of Cornwallis is responsible for maintaining over 200 miles of unpaved gravel roads.

Van Lankvelt said, if it were up to him, all of their roads would be treated with EarthZyme. However, their limited budget only allows for one to two miles to be treated per season.

Due to Cypher’s success at providing product to customers globally, often visitors from around the world come out to see the roads in the Brandon area, when visiting Cypher’s head office in Winnipeg, which is only two hours East of Brandon.

One of those visitors was Ivan Heron, of Eco Road Hero, based out of Brisbane Australia. Ivan has decades of experience in the mining industry and related many similar traits of Curries Landing Road to mine haul roads. As a result, Eco Road Hero worked with Austmine to develop the following case study on the significant safety features also achieved as a result of the EarthZyme stabilization of Curries Landing Road, the results of which can be read below.

The Rural Municipality of Cornwallis is accountable for the maintenance of Curries Landing to the provincially maintained highway. Curries Landing also supports local farmers and other community members. The road was a source of significant complaints, with gravel mining traffic causing the road to deteriorate to an unacceptable level in under 3 days. This created significant dust emissions and safety hazards. Road maintenance teams were intervening every 2 days to address wash boarding, potholes and ruts.

After the 2015 EarthZyme application, the required maintenance went from every 2 days to once per year. The annual maintenance rate was reduced to recycling the pavement materials at the edge of the road into the centre in order to restore the crown shape. There was no need to remove wash boards, ruts or potholes in the EarthZyme road.

The RM of Cornwallis have reported zero community complaints related to the road, significant road maintenance cost savings, and a greater ability to redeploy scarce resources to other priorities.

Reduce the risk of collisions between haul trucks and ancillary equipment by using EarthZyme and other Cypher Environmental products. 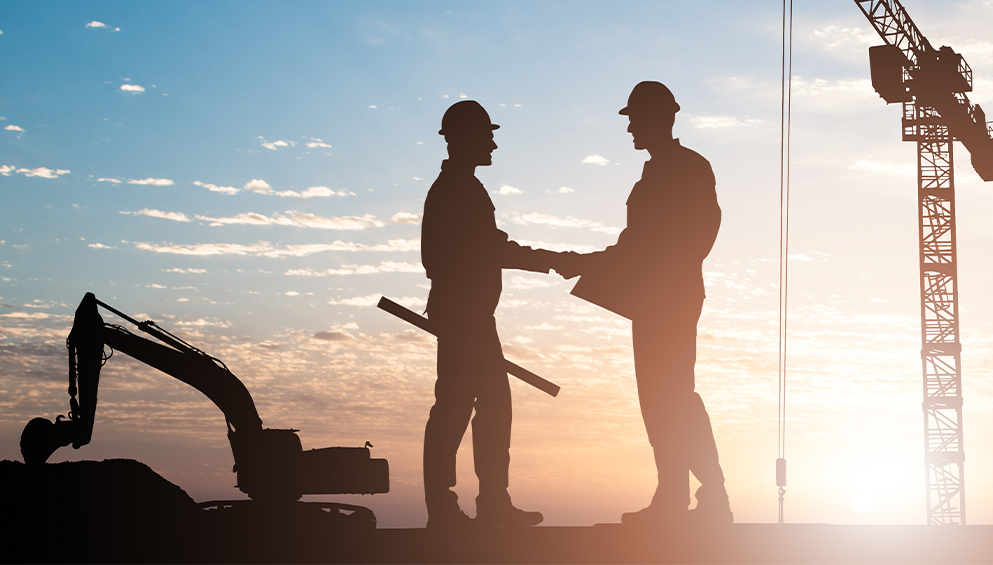