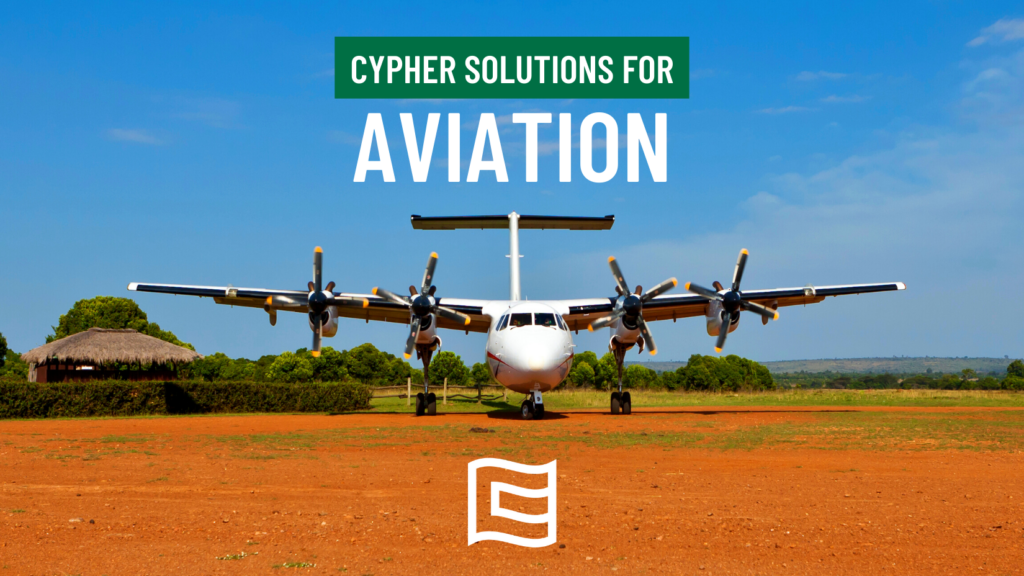 Airports are lifelines, traversed by millions of people around the world every day. Hosting aircraft that transport people all over our planet, airports enable networking, international trade and millions of jobs. Airports are found all across the globe, requiring strict maintenance guidelines to maintain aircraft safety. There are, however, over 27,000 unpaved runways and airstrips around the world. Unpaved runways develop many issues and defects that have a direct impact on the safety of air travel. Some of these defects include issues such as “frost heave, loss of material, segregation, rutting, surface and subsurface drainage issues, roughness and vegetation” as mentioned in the May/June 2022 article in Wings Magazine: Clearing the Air: Are We Overdue to Try Other Dust Palliatives on Unpaved Runways? These can all lead to safety and visibility issues. Over time, the instability of unpaved runways and airstrips can cause destruction to airplanes, including propeller damage and corrosive harm to the body of the aircraft.

Though calcium chloride and magnesium chloride products are the most prominent dust-control products in the world for the treatment of roads, chloride products are not allowed on airstrips as they are highly corrosive, and therefore do not meet Boeing conformity requirements unlike Cypher Environmental’s DUST/BLOKR® which is certified to Boeing BSS7432 (Airport Approved). These products cause severe damage to not only the aircraft but also to the environment. Both calcium chloride and magnesium chloride can break down aluminum and steel, corroding aircraft while negatively affecting ecosystems, even leaching into water supplies.

Cypher Environmental’s DUST/BLOKR® is the better choice for runways and airstrips in both cost and environmental impact because it is:

Airstrips must have a certain California Bearing Ratio (CBR), which is a measure of the strength of the airstrip. If the CBR is low, when planes land, it can cause rutting and other surface deformations, creating potential safety risks on the airstrip. Dust is also a major safety concern, and the dust that can be seen floating away from an untreated airstrip when a plane lands is actually what is known as the fines (small silt and clay particles) that make up a percentage of the airstrip itself. This fine material in between the gravel is an essential part of the stability of a runway meaning that you are essentially losing a piece of the airstrip when it blows away. Aggregates and gravel contribute to higher CBR’s and in order to lock the gravel in to prevent loss, fines are what bind the gravel down. If it isn’t locked in, it will blow away and eventually have to be replaced.

Dust is not only a safety concern, but also implies material loss of “fines” which in turn deteriorates the surface and affects the strength of the runway.

DUST/BLOKR® helps to preserve these fines and bind the aggregates in place, dramatically reducing dust emissions and the loss of fines and aggregates that will eventually lead to the need to re-sheet the runway. The product also helps to minimize any flying debris, or FOD, which can cause expensive aircraft repair requirements. The locations of unpaved airstrips are often remote, which makes it hard to get materials such as gravel and equipment to resheet them. In turn, unavoidable damage caused to aircraft due to the loose gravel causes long waits for replacement parts in such remote areas, resulting in long disruptions to the transportation of goods and services for people in the community.

Due to certain specifications of Manitoba Infrastructure’s Northern Airports and Marine Operations (NAMO) branch, DUST/BLOKR® was not able to be considered to treat the Red Sucker Lake Airport runway in Northern Manitoba due to the fact that the DUST/BLOKR® product is transported as a concentrate, to which water must be added. NAMO had applied a specification that was borrowed from Alaska, that stipulates the product must be ready-to-use (ie: not concentrated). Cypher’s products are specifically designed in a concentrated form to reduce the environmental impact [greenhouse gasses] and cost of shipping to remote locations. According to Diana Nicholson, Cypher’s Director of Engineering, selecting DUST/BLOKR® for the Red Sucker Lake project would have resulted in a cost savings of $150,000, a reduction in greenhouse gas emissions by seven times, and zero environmental contamination or toxic effects.

Selecting DUST/BLOKR® for the Red Sucker Lake project would have resulted in a cost savings of $150,000. – Diana Nicholson, Director of Engineering.

As this “ready-to-use” requirement was contradictory to the specification applied by NAMO, Cypher CEO Todd Burns, in consulting and working together with Transport Canada and the Standards Council of Canada, prompted a review of DUST/BLOKR® and its associated documentation. This process resulted in confirmation through Transport Canada that DUST/BLOKR® meets the requirements of Section 8.3 of Advisory Circular 300-004 for non-corrosivity for aircraft materials. 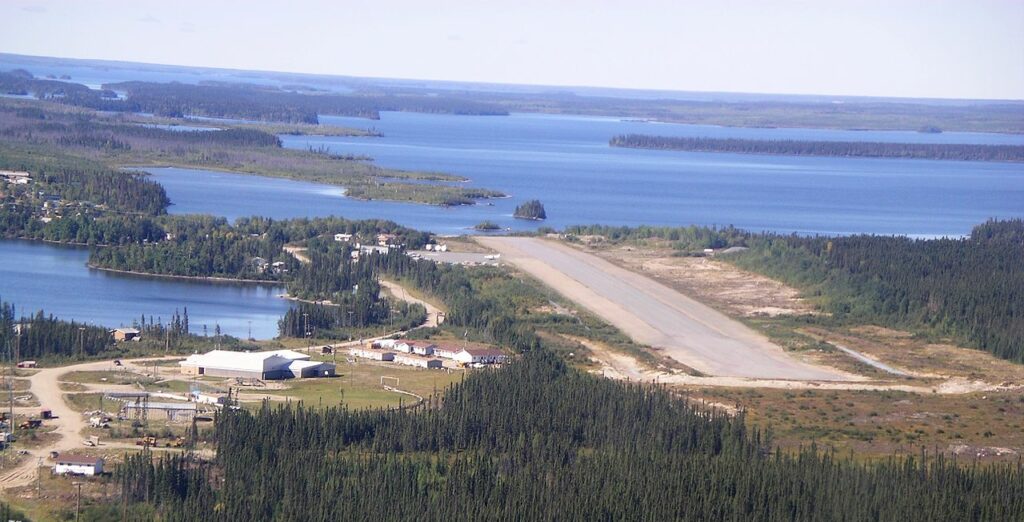 Selecting DUST/BLOKR® for the Red Sucker Lake project would have resulted in a cost savings of $150,000. (Photo credit: Wikipedia)

With a Boeing conformity standard (BSS7432), and an EPA (Environmental Protection Agency) Safer Choice Certification, DUST/BLOKR® meets all sustainability criteria as a 100% environmentally-friendly solution; it is non-toxic, non-corrosive and produces ZERO environmental impact. The cost-savings due to being distributed in a concentrated liquid form allowing for easier and more efficient transport when compared to the other dust palliative most commonly used Canadian airstrips, gives DUST/BLOKR® a comprehensive cost advantage. Producing less greenhouse gas in transport, and a more stable, less dusty surface, DUST/BLOKR® not only controls dust for visibility issues, but also reduces gravel loss, increases CBR for stability and reduces damage to aircraft. Additionally, DUST/BLOKR® does not get slippery when wet and reduces maintenance costs of grading, aggregate use and watering requirements.

It’s obvious how DUST/BLOKR® translates directly to lower aircraft maintenance and repair costs, causing it to stand head and shoulders above other products on the market.

Coming in at less than 50% of the bid of the competitor product for the 2019 Red Sucker Lake Airport contract, DUST/BLOKR® is substantially lower in cost than other dust control products currently on the market with BOEING BSS7432 conformity. The use of DUST/BLOKR® protects the interests of society based on the adoption of efficiency, quality, safety, and ethical processes. Canadians and International visitors are safer with DUST/BLOKR® on their runways and airstrips. 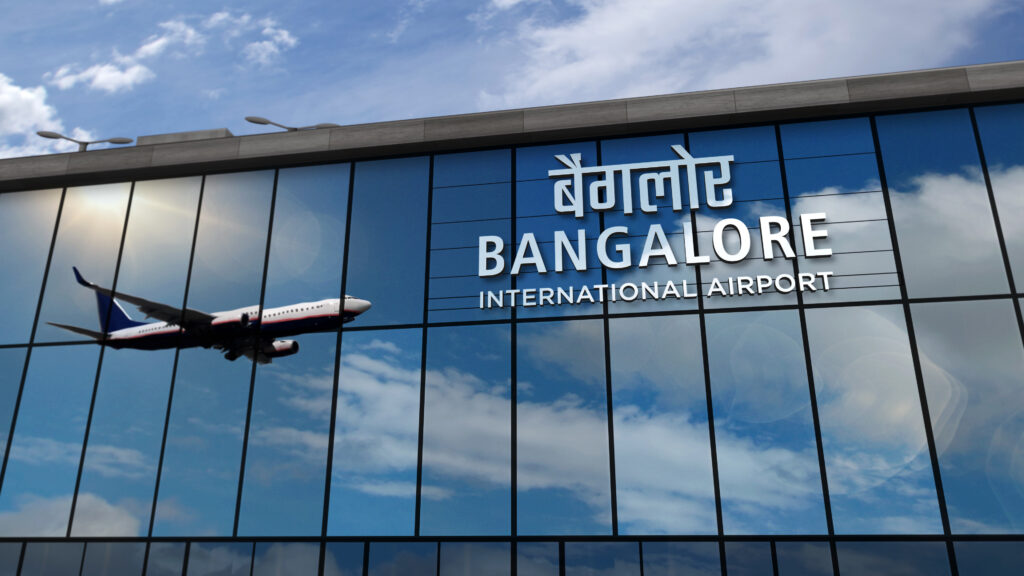 WE DON’T JUST SAY WE’RE CERTIFIED, WE DO THE HARD WORK TO GET THERE

With DUST/BLOKR® in hand – a revolutionary, environmentally friendly product – Cypher Environmental is leading the way in changing the way runways and airstrips are treated and in doing so, making Canada and the world a safer and better place.

Come talk to us – your runway or airstrip is a connection to the world at large and not only will DUST/BLOKR® change the life of your aircraft and other vehicles, but it will change the lives of all who come in contact with the path you pave.

Lift off with Cypher on this collective journey to a healthier, happier earth. Are YOU ready for takeoff?